You are here: Home › Miscellaneous › Newsletter › A Few False Starts 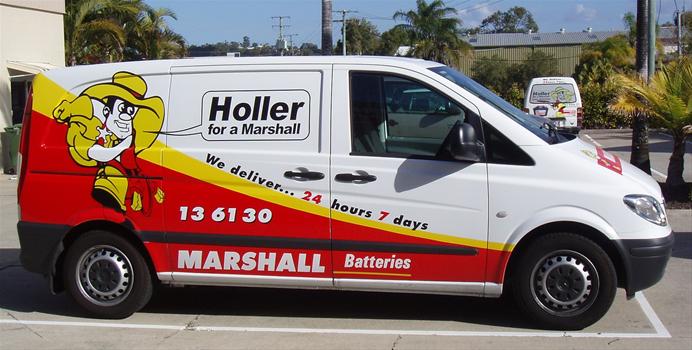 By Ben Clinch on August 25, 2016 in Miscellaneous, Newsletter

I saw an old mate not long ago at the markets. He saw me before I saw him and he crept up as I was spruiking my wares out the front of the stall. “Last time I saw you, you were working on a building site. Weren’t you a wall and floor tiler? Geez, is this you now?”, he asked as he looked around. “You had a couple of false starts but it looks like you’re on the right track now mate?”

I s’pose he was right….I have had a few false starts. There were stints as a Jackeroo, camel handler, barman, bouncer and hotel manager. I worked in a hardware store, a rural supplies shop, and yes, I did my trade as a Wall and Floor Tiler, as well as plenty more odd jobs along the way. If you ‘hollered for a Marshall’ battery around Baulkham Hills in the late ’90s, I may have been me who attended your call.

My particular yarn this month is about a brief stint of roof labouring I did, at what is now a large discount warehouse out towards Parramatta. I saw an ad in the Sydney paper while on the farm and with the good money on offer (cash at the time), this job looked like a cracker. We were in fairly solid drought back then, and there was not much to be earnt at home. I was just giving Dad the shits hanging around at home, so I came back to live with my school mates in Sydney.

Apart from the cash, I’m not really sure why I applied for the job, as I used to be scared of heights when I was a bit younger. Even though the whole windmill thing that happened when I was up north ‘helped’ me through that, I am still timid when in the air.

I turned up on the first day for the 6 o’clock start. The site was already busy and the boys were working about three stories up in the air. There were no harnesses and a bodgey looking rail running around the side of the roof. I saw heaps of, what turned out to be, Cambodian workers who were removing the old asbestos roof with their protective suits wrapped around their waists, and their face masks perched on top of their heads. As the boss was explaining what I had to do there was a couple of semis unloading the 11 metre sheets of white colourbond that we would be walking out along the purlins (horizontal beams). A crane was lifting them onto the roof edge. “Three of you will be able to carry one sheet to the roof plumbers, it’s pretty stable. They will fix the sheet down whilst you get the next one. We keep laying until we meet the old roof.” The boss finished the five minute ‘induction’ including a safety briefing of “Don’t fall off” whilst rolling a cigarette… Which I would later realise was a joint! This job was going to be as loose as hell but at that stage i didn’t see it, I was blinded by the $25 cash an hour he was paying at the end of each day, so this naive country boy just saw the bright lights and the big bucks.

I picked up the job pretty quick and the boss was right, it was much easier to walk along the purlins (with only some mesh between you and a 20 metre fall onto concrete), when you held a big sheet of tin… except when it was windy. It took me a few days to get the hang of the height, but only took the boys till after lunch to offer me a crack at the joint that was being passed around. Look, I’m not the sharpest tool in the shed, and I know that there is never a good time to try drugs but I can tell you, there was no chance, even in my early 20s that I thought being stoned on a 20 metre high roof was a good idea.

For the next few weeks the job was ‘pretty sweet dude’. The weather was hot and we used to get in at 5am for the boys to get ‘rolling’ and working to get the sheets out before the wind picked up around early afternoon, then we would finish screwing the sheets down. The Cambodian boys worked all night to remove the old roof. Back then I wasn’t as aware of the effects of asbestos as we all are now. I can say for sure that these blokes had a lung full of it, and I’m not sure we were much better, even if you weren’t smoking. We worked our way around the edge of the massive building and the boss soon had us moving sheets further in towards the middle as the crane could only reach so far. It was taking us ages to move the large sheets to where we needed them. We were working much longer into the afternoon and I guess the job was getting behind. One morning he came up with what he thought was a brilliant idea. Sitting around at smoko the brainwave hit. “Lets use a helicopter to sling them in, he can drop them right where we need them”, the boss said. Well I’d heard some pretty amusing stories in my few weeks of working there, and I really thought he was taking the mickey, but a few days later when the chopper flew in and landed on a nearby vacant block I was shaking my head.

You can read the second part of the story here…