You are here: Home › Miscellaneous › Newsletter › Slings and Arrows of an Outrageous Job 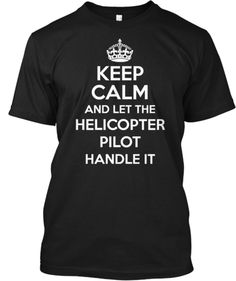 By Ben Clinch on September 15, 2016 in Miscellaneous, Newsletter

So I’ve had a few people mention that they were keen to see how the yarn I told last month panned out… (If you missed it, you can read it here.)

I could tell the boss was a bit nervous as he was chain smoking more than usual. I had denied his order for me to go on the roof and help up there. “Nope, I’m on the ground for this job mate”, I said. The previous year, whilst I was up north Jackerooing we used choppers for mustering and I knew full well about the turbulence beneath a chopper. Getting out of the little tiny two man bubble chopper was a challenge, the pilot would be keen to get off the ground again so you would crouch down close your eyes and hold on to your hat as he pulled out again… there was plenty of wind and dust.

The chopper on this building site was heaps bigger and my protests of the possible issues were falling on deaf ears. I backed out of the slinging responsibilities and there was a fair bit of abuse coming my way, with not so subtle suggestions that I was avoiding anything that had responsibility attached to it. The chopper took the first sling and placed it on the roof with ease, and with the success, the abuse hurled at me reached a new level, but I held my ground. I had one hand on my car keys and an clear exit strategy in place. The second sling left the ground without an issue but as he moved towards the roof it was starting to spin. The next few minutes were incredible. You could see the pilot was in two minds… he was hovering, with the slowly spinning sling some 5 or 10 metres above the roof, obviously unsure whether to try to place the tonne plus of swinging metal on the roof below or try to make it back to the vacant block. In his few seconds of indecision the sling had gained momentum, one of the ties used slipped and the sling buckled length ways and two sheets came out. One stayed half in, but the other went crashing through the roof and onto the cement floor below. It was like a sheet of paper coming out of a new ream.

The pilot pulled away from the roof and the other sheet fell to the ground in the vacant block. He dropped the rest of the sling and left the area pronto as what just happened was witnessed by all the traffic sitting in morning peak hour on Homebush Bay Drive. The boss rushed to the bottom of the ladder to find a couple of the boys on the way down with cut legs from going through the roof in their panic to get away. There was thankfully nobody working in the warehouse where the sheet had fallen through. Nothing was said at this stage but I just had a feeling  it was every man for himself and we all had the same thing in mind… Leaving. I was already on the way to my car when the Cambodian boys rushed past me, they had stuck around to watch the chopper and they were first ones out the gate, I reckon there were 20 blokes that squeezed into two cars. “Site’s closed for a few days”, yelled the boss as he drove his old ute past mine and back into the site; presumably into the warehouse to retrieve the mangled piece of sheet iron… or ‘evidence’.

It has been said that if you are from the country you can be a bit slow… and to be honest it was only at this rather dramatic point did I realise that this whole job was a bit of an issue. My clutch leg had the jitters in the morning traffic most of the way home. That was the last time I worked on a roof or for that bloke. He did ring a week or so later but I didn’t bother to answer the call and I was already onto my next job by then anyway…